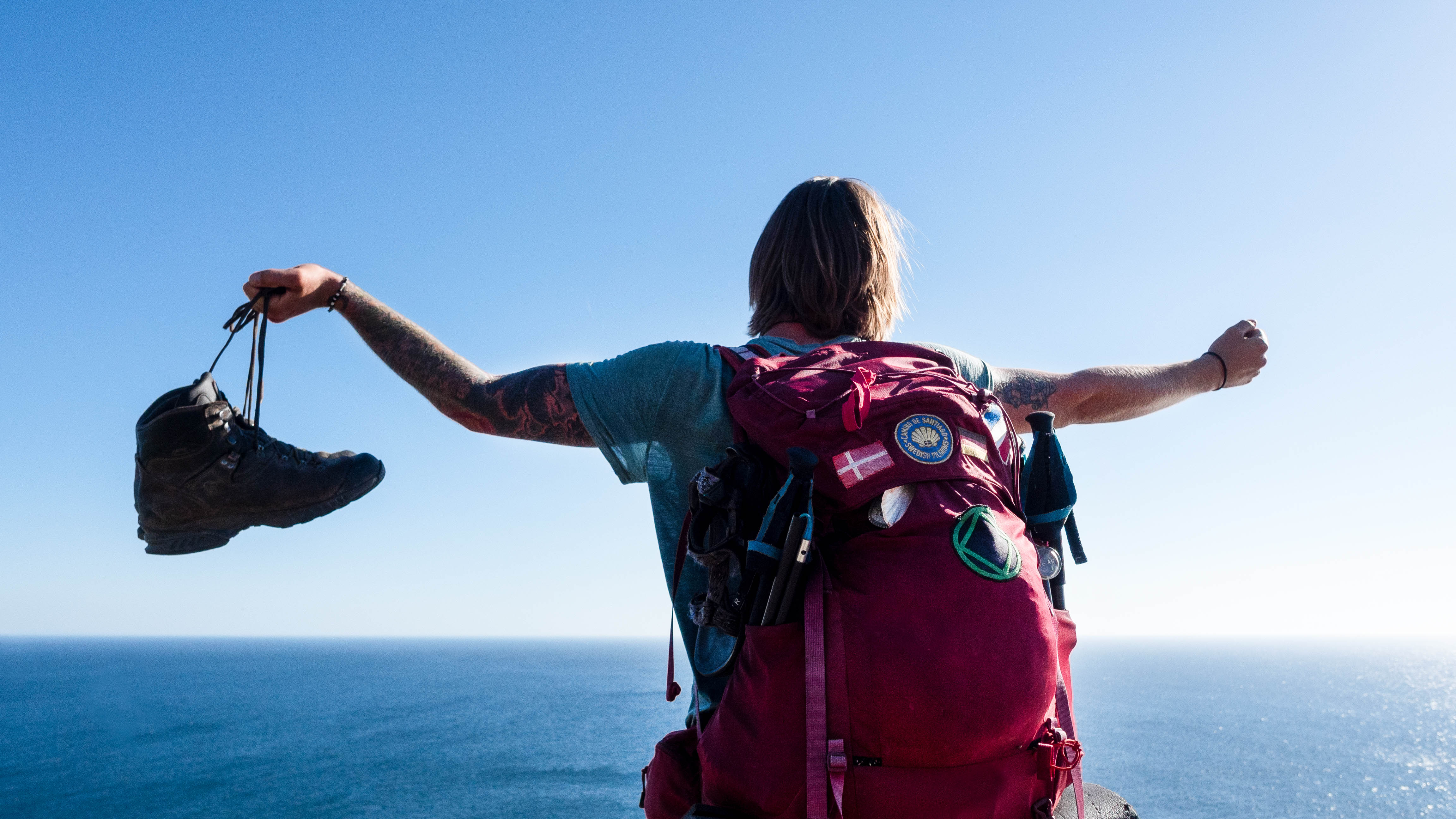 Viktor has made his mind up – he’s going to travel from the middle of Sweden to the west coast of Spain. By foot. Despite having only basic knowledge of European geography, he thinks he’ll figure it out as he goes along. Nothing is impossible, right? During his 3645 kilometers long journey he looks back at a life of addictions and failures.

Viktor grew up in a middle-class suburb, on the outside everything looked fine, but he was always scared when he came home from school. His parents were alcoholics and drug addicts. His mother told him “things will get better”, but at the age of 8 Viktor knew that it wasn’t going to get better. Then his dad died, and Viktor remembers it as the first day of his childhood where he was happy.

Despite being successful in school he sought adventure and comfort in drugs, from weed to heroin. Then in 2012 waking up in a thrashed flat, he finds himself standing before a crossroad, suicide or clean new start.

Victor’s old music teacher from secondary school reads in the paper that Victor is planning to walk from the middle of Sweden to the west coast of Spain. Mikael jokingly asks who will make the documentary about his journey. Viktor replies: You.

Ever step counts is a story about determination, idiocy, peace and love. But maybe most of all about whatever life brings us, we can only find our own way if we look within ourselves. And we owe it to ourselves to listen to what our body and mind tells us. An unadorned, enthralling and hopeful documentary about an epic walk, that also depicts a rare friendship.