Each piece of jewelry of the Swedish royal family carry its own story - about love, power and politics. Stories of women and their connections with countries all over the world - who were they?

Queen Silvia of Sweden, Crown Princess Victoria and Princess Christina share the stories and history behind some of the most exquisite pieces of Swedish royal jewelry. How did jewelry worn by an empress in Brazil, topaz from the Russian tsar family and jewels connected to Napoleon become Swedish royal jewelry. Many of the pieces were created several centuries ago and with the passing of time some facts have been forgotten, instead myths and guesses have been interpreted as truths.

As we search for more clues regarding the history of the royal jewelry we meet with jewelry experts and historians, and search archives all over the world. In old letters and documents we find information that in the end will rewrite some chapters of our history books. We get an intimate look at jewelry made by the finest camée artists of the Napoleonic era, such as Catenacci, Girometti and Rega. As no tv-team previously have been given such close access to the Swedish royal family’s jewelry, this is truly a unique and thrilling two-episode documentary - for royal fans all over the world. 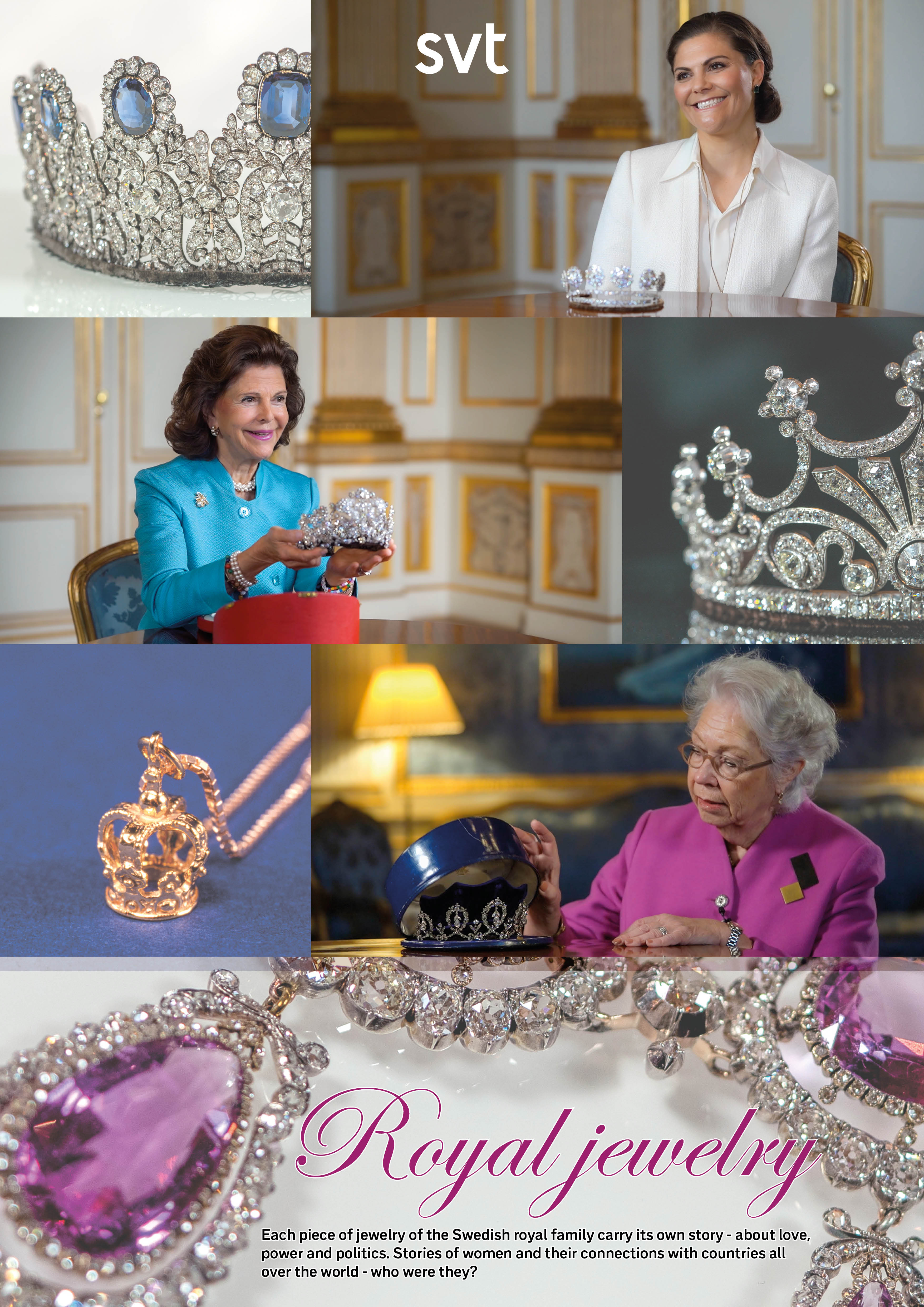