Mission Investigate was again nominated at the International Emmy's in the current affairs category, with Deceptive Diplomacy. The second nomination ever, The Panama Papers being Mission Investigate's first nomination 2017, and the first time SVT was awarded two Emmys in one year. Deceptive Diplomacy won its category as well as Marrying Mum and Dad in Non-fiction kids.

SVT also had a record number of nominations at BANFF Rockie Awards with the childrens programme The Agents nominated in Children & Youth non-fiction series, and Juck and The Climate Experiment in Arts & Music.

At Nordic Kids Media Festival Caught by the Tail was nominated in the inclusion category.

In 2019 we had a record number of internationally praised sports documentaries. Zlatan – for Sweden with the Times won CIVIS Media Award in the football and integration category, and The History of Hockey was awarded a prize at Milano Sports Movie and TV Festival, where The Right to Play Football was given an honorary mention.

The Cheetah Protector was awarded a special mention at Matsalu Nature Film Festival and Curiosity and Control was screened at both DOK Leipzig and Innsbuck Nature Festival, as well as in competition at InScience Film Festival in the Netherlands.

Blackout was selected to be presented as a top format at EBU Creative Forum as well as nominated for a golden rose at Rose d´Or, where also She composes like a man competed in the arts category. Other arts programmes that was applauded internationally were the documetary Opera Beats and Play at Garnier. Both was nominated at Golden Prague where the latter brought home the Czech Crystal in Best recording of stage work.

At INPUT in Bangkok SVT contributed with The Martyr and The Wonderful Adventures of Madame Deema. At Prix Europa we were nominated for drama series The Days the Flowers Bloom and Sisters 1968. Mission Investigate: A beggar's death and Lindy the return of little light competed in Prix Iris. The Raft took home the best tv documentary award and Mission Investigate: Deceptive Diplomacy won the TV Investigation category. 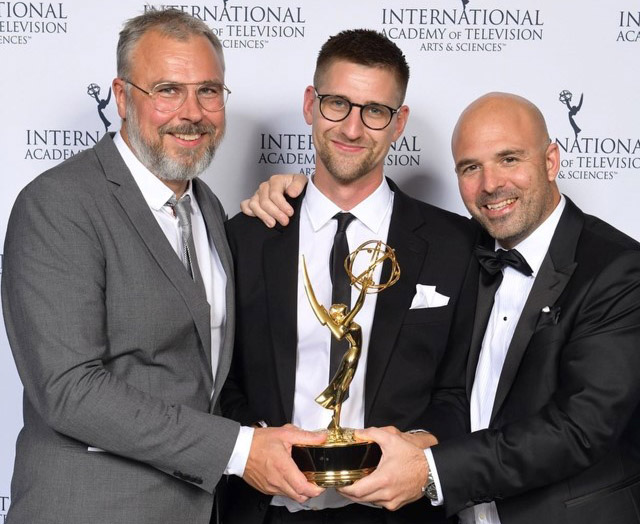 The History of Hockey

Zlatan for Sweden with the times, Football and Integration

The Wonderful adventures of Madame Deema