The year began with trying to understand the covid pandemic, which led to cancelled festivals and more digital editions. Monte Carlo and INPUT completely cancelled their festivals and the rest became all-digital or hybrid festivals.

Short documentary They call me...insta rapper by Tuna Özer and Heather Ferrigan, Lina Maria Mannheimers documentary Mating and the slow tv investment The Great Moose Migration were all selected to be show cased at INPUT, but unfortunately got cancelled.

Arts documentary The Animated story of Jenny Lind and drama series Caliphate was nominated at Prix Italia. The latter was also nominated at C21 International Drama Awards and Prix Europa.

Prix Europa became a digital edition and SVT competed with seven programmes. Documentary series Gold Fever and The Great Moose Migration (Online Media) both got special commendations, where the latter was described by the jury as “perfect corona-therapy and zen for the nature watcher.“ Caliphate also got a special commendation with the words: "a great, thrilling sensational drama and a bold political commentary at the same time. One of the best series of the last year in the world.“ Mission Investigate: The Arla Farm, Witnesses (Documentary) and The Beautiful Game and Josefin & Florin in the Iris-category were other nominations. With the latter also winning the category.

SVT scooped three nominations at Prix Jeunesse with Trex, World's Worst Diseases and Crafts Masters, but lost out to French Shooom’s odyssey and German Anna and the Wild Woods.

Home is Where the Smart is, was show cased at EBU Creative Forum.

SVT also had another decent year at the International Emmy's with two nominations, World Worst Diseases and Mission Investigate's Dirty Banking. However both missed out on awards, the latter to Undercover: Inside China’s Digital Gulag, who also won at Prix Italia. 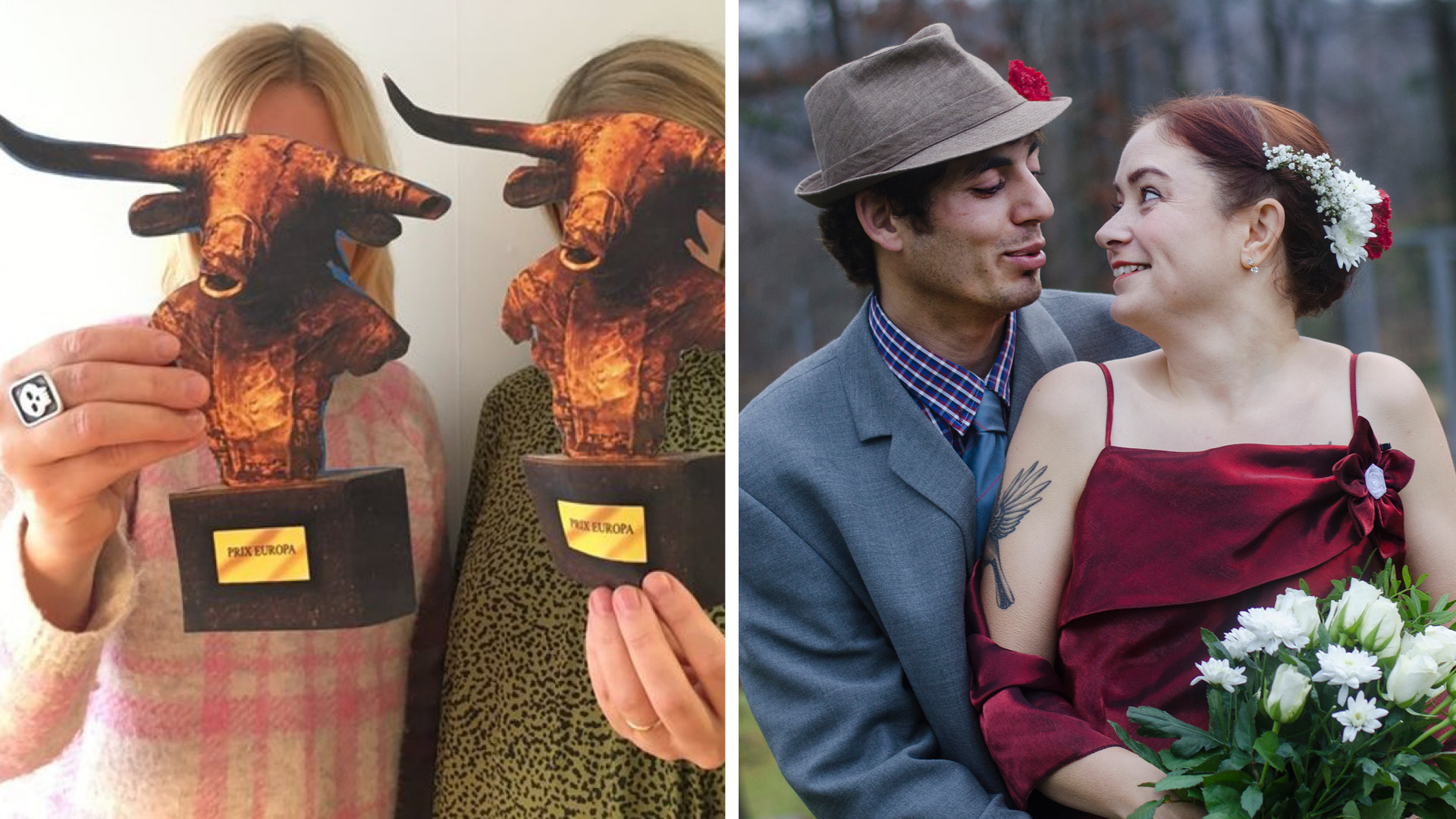 Directors Joanna Karlberg and Ellen Fiske, awarded Prix Iris for their documentary Josefin & Florin. Prix Iris awards programmes that handle the diverse character of European societies and contribute towards understanding and tolerance between people of different origins, cultures and religions.