Mission Investigate's Abuse and the UN created international headlines as well as was awarded both a Golden Nymph in Monte Carlo and Best Global Investigate at the British Journalism Awards. It was also nominated at the BANFF Rockie Awards, alongside Before We Die (Drama Series: Non-English Language).

SVT competed with both Finding an heir and Grotesco's Seven Masterpieces – The Refugee Crisis: a Musical at Rose d'Or, where the latter was awarded a golden rose in the comedy category. Grotesco's Seven Masterpieces was also awarded Best nordic comedy at Nordiske Seriedagar Awards in Oslo and also chosen to present at INPUT in Brooklyn, alongside factual entertainment show Rainbow Heroes, about the Swedish LGBTQ+ athlete community.

SVT scooped six nominations at Prix Europa with Zlatan: For Sweden – With the Times, The Martyr, Maj Doris, Mission Investigate: The General, Språkplay and Ouga Girls, and was awarded both in the TV investigation category and Online media project.

At Prix Italia we gathered four nominations with the documentaries Birgit Nilsson - vocal cords of steel and The Deminer, as well as the dance film Discofoot and drama series The Restaurant. 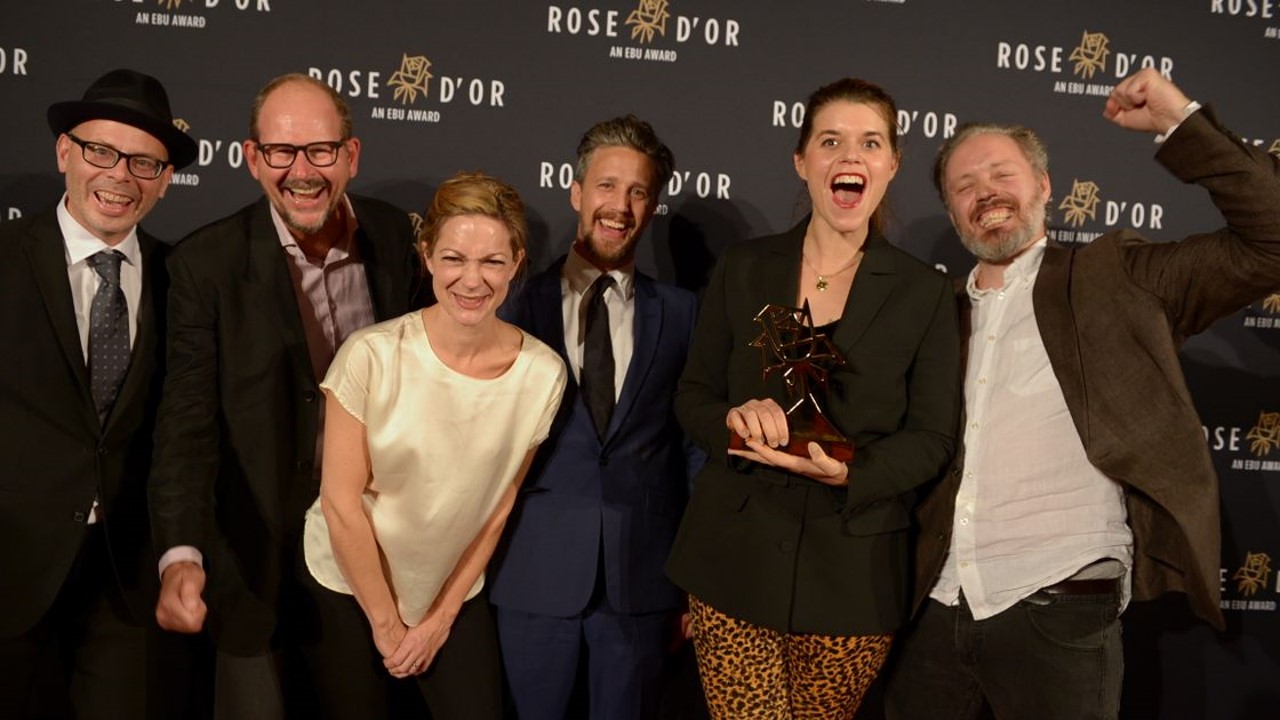 The Grotesco team celebrating their Best Comedy win at Rose d' Or 2018.